The year 2018: China’s civil society past, present and future

At first glance, the new Terminal 2 at the Guangzhou Baiyun International Airport comes across as a elegant technological marvel. It has a polished, ultra-modern feel with high ceilings, open spaces, sparkling storefronts and the latest in high-tech digital hardware. But as you walk through it, you realize there isn’t much life inside. The floors are a cold, gleaming granite and the commercial space is filled with stores selling luxury brands, a few restaurants and coffee shops, and one convenience store. 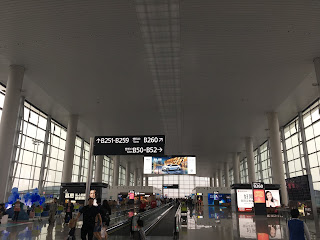 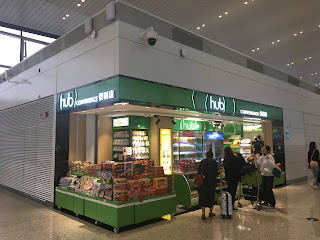 The lower your income bracket, the fewer places you have to hang out, which is a problem if you’re seeking to create a welcoming, inclusive environment for travelers. There is none of the vibrant energy you find in other airports in other parts of Asia or Europe or the U.S., with hip restaurants, bars and stores catering to travelers of more modest means. 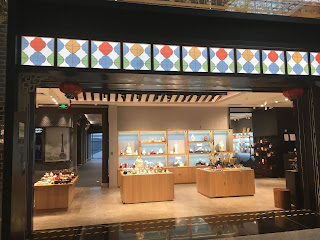 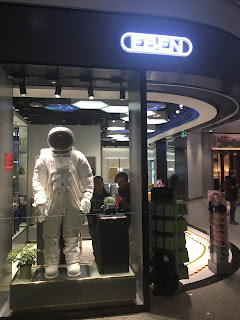 Terminal 2, like many other of the new structures being built in China, could serve as a metaphor for the kind of civil society China is building, one that is carefully constructed from the top down and looks beautiful on the outside but lacks the energy and life that comes from the engagement of individuals and groups having ideas to express and problems to address. Both Terminal 2 and China’s present civil society are like someone’s utilitarian fantasy or nightmare. Why would someone construct structures like this, a society like this? I would suggest the impetus has more to do with conveying strength and imposing order and control and less with expressing or satisfying human needs and desires.

This civil society present represents a significant departure from civil society past which is the civil society that was emerging prior to the new era ushered in by the supreme architect-in-chief, President Xi Jinping. While control and repression by the state was a part of life before Xi, grassroots groups of different shapes and sizes found soil to take root in and grow, like weeds in a well-tended lawn. It was a stunted civil society but nevertheless one with a human core. More importantly, it was a civil society building the necessary foundation to begin a dialogue with the state on the country’s future. There were environmentalists taking on air pollution and monitoring Chinese investment overseas, public interest lawyers representing workers stricken with pneumoconiosis and Falun Gong practitioners, performance art by feminists and anti-discrimination activists fighting against sexual harassment and discriminatory hiring practices, labor activists training workers on labor law and collective bargaining, and NGOs calling for equal access to education for migrant children.

Under President Xi, civil society has undergone a makeover and the product as it appears in the year 2018 is as impressive as it is disheartening. Terminal 2 comes to mind when surveying civil society present and the civil society that might come to pass – civil society future. The building blocks for this makeover are now familiar to many and have been documented in this blog over the last few years:

n  the provision of state funds to outsource services by social organizations and the creation of government-supported incubators and development centers to guide “social construction”;

n  the closing down of independent civic groups engaged in activism and advocacy and house churches, and the arrest of human rights lawyers, feminists, labor activists, environmentalists, and ministers over the last four years;

I witnessed these changes in my many conversations with activists and NGOs in China in 2018. Some activists had headed underground for cover. Others were seeking to remake themselves by registering as social organizations working on community and charitable issues like providing services to migrant families or helping the elderly and disabled. Many NGOs, unable to get support from overseas donors due to restrictions imposed by the Overseas NGO Law, had difficulty finding funding. To my surprise, many were now relying heavily on funding from the government. Other more pragmatic types were looking to start new business models like social enterprises. Still others continued to hold out either because they chose not to go after government funding or because they were on a blacklist and were unable to register as a social organization, which was a prerequisite for applying for government funding. A common refrain I heard from my NGO friends was, “At least we’re alive. We see that as a victory.”

Their persistence is a bright spot in an otherwise dismal year. In one of the biggest crackdowns on labor groups, police and security forces rounded up workers, students and labor activists involved in the Jasic Technology factory protests in the southern metropolis of Shenzhen. Many of the students were self-identified Marxists from top universities like Beijing University and Renmin University. There were also a few elderly Maoists who joined the mix.

The Jasic case epitomizes the moral bankruptcy of the Xi regime which seeks to impress, control and terrorize yet has no ideological or moral core of its own. The striking irony of Xi’s “new era of socialism with Chinese characteristics” should not be lost on anyone. A regime that is building the most formidable Marxist edifice of the 21st century rejects the Marxist appeal of students and Maoists to support workers in their struggle against capital.

I’d like to end my last post of 2018 on a bright note with a reminder that next year marks the 100th and 30th anniversaries of two important historical mileposts in the development of China’s contemporary civil society: the May 4th Movement of 1919 and the June 4th Movement of 1989 respectively. Civil society future has a long way to go to recapture the moral core of these movements, but let’s hope it can take baby steps in that direction in 2019.