The Chinese NGO delegation was organized by Jingjing Zhang, founder of the China Accountability Project (CAP) based in Washington, D.C.  CAP is a nonprofit organization run by experienced Chinese public interest lawyers and environmental professionals and dedicated to holding Chinese companies accountable for their environmental impacts and rights violations. It has been bridging the knowledge gap between Chinese CSOs and their counterparts in Africa and Latin America. 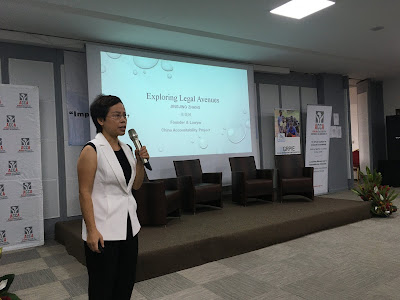 As NGOs with experience working on labor and environmental protection in China, we wanted to share our experiences about working as NGOs in China on these issues and provide a more realistic picture of the state of civil society and the environmental and labor movements in China. We also wanted to provide some recommendations on how African NGOs, trade unions and communities could respond to the negative social and environmental impacts of Chinese investment in Africa. We hoped through this experience, we could move Africans away from stereotypes about Chinese and add more humanity to a Chinese face.

The first day, sitting in the meeting hall, we were welcomed by a local band of brass and drums that recalled a New Orleans blues band, followed by a group of women with painted faces doing a traditional song and dance. We were welcomed by ACCA organizers and heard a keynote address about China in Africa from a Nigerian academic doing graduate work on China in Africa. 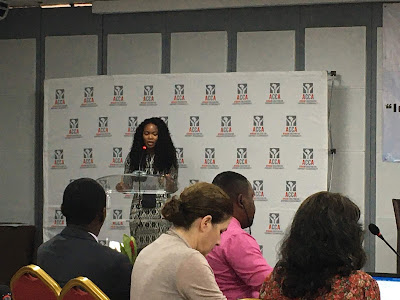 I gave a presentation about the labor movement in China, speaking about my experience at China Labour Bulletin where we worked with Chinese labor activists to organize workers involved in labor disputes and trained them on collective bargaining strategies and techniques. I also spoke about my trip to Zambia looking at labor relations in Chinese workplaces in the manufacturing and mining sector, and how some Chinese companies in Zambia had learned over the years to recognize independent unions – something China does not have - and engage in collective bargaining with them to improve wages and working conditions.

My other colleagues spoke about the environmental movement, and their experience holding companies and government departments accountable for pollution through campaigning and lawsuits. They showed the negative environmental impact that Chinese companies on their home country, but also how Chinese NGOs had been able to hold these companies accountable. The suggestion was that African companies could do the same but it would take time, strategizing and perhaps assistance from Chinese NGOs to figure out how best to mitigate the damages wrought by Chinese companies in Africa. 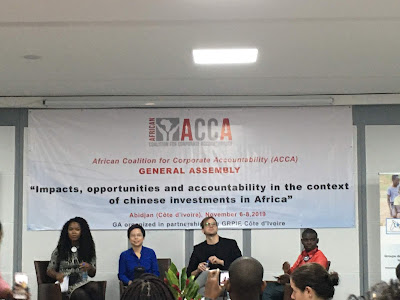 The Africans in the audience were a very curious crowd and asked a lot of questions. Their questions often reflected a pent-up anger against what they saw as the damage visited upon their communities by Chinese companies. One man asked whether it was true that China was only sending criminals to Africa. Our answer: there’s no evidence of this. Another asked what would happen if African countries simply refused to accept Chinese investment. Our answer: Chinese investors aren’t all that different from other investors; they are largely part and parcel of the global capitalist order. Just look at the pillaging of the Amazon being carried out by mostly white (non-Chinese) farmers, miners and loggers. Countries do not shut their doors to other investors who come to exploit their resources and labor, so why would you do that to Chinese investors? What we should be asking is not how to keep these investors from a particular country out (although there may be a good reason to exclude investors in certain sectors or those involved in informal/illegal activities), but how to better regulate and manage the risks that come with their investment. 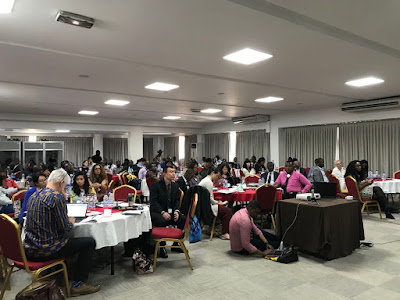 The next day was spent looking at corporate accountability mechanisms ranging from grievance mechanisms, to greater transparency and disclosure of information, to lawsuits. The sessions focused on large-scale natural resource extraction projects financed through Chinese state and commercial loans. These are the projects getting the headlines in the paper, and their sheer size and amount of money involved, as well as their impact on local communities and the environment, highlights the pressing need to do something to hold these companies accountable.

In a small separate session on labor conflicts, another dimension of China in Africa came up that gets less attention but may be no less important over the longer run: the wave of Chinese companies and entrepreneurs moving into other sectors of the economy. As David Dollar points out in his 2016 Brookings Institution report, China’s Engagement with Africa: From Natural Resources to Human Resources, Chinese financing in Africa may be concentrated on the large-scale projects in the energy and transportation sectors carried out by state-owned firms, but the majority of Chinese people in Africa are dispersed across a wide range of private firms in services, manufacturing and agriculture. There is no good data on how many Chinese actually live and work in Africa. Many are said to go to work in large projects and end up overstaying their visas and going into business for themselves or working for other Chinese businesses. The mythical number of one million Chinese in Africa is often used as in Howard French’s 2014 book, China’s Second Continent: How a Million Migrants are Building a New Empire in Africa. 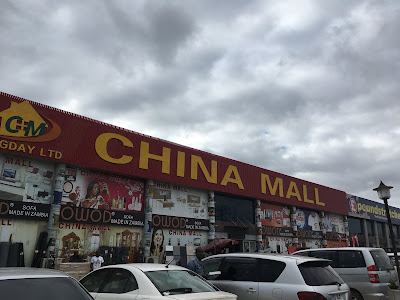 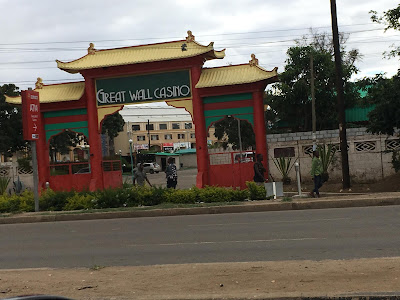