I recently wrote this blogpost for Business and Human Rights Resource Center (BHRRC) and am reposting it here.

China’s White Paper and the BRI: Can we expect China to deliver on the SDGs?

While China’s new White Paper for International Development Cooperation opens opportunities for it to make substantial contributions to the SDGs through south-south cooperation and China-backed initiatives such as BRI, I argue the top-down development approach of China and the lack of an active civil society might hinder the delivery of its commitment to sustainable and inclusive growth in the global South.

The English-language blogpost can be found on BRHHC's website, https://www.bhrrc.org/en/blog/chinas-white-paper-and-the-bri-can-we-expect-china-to-deliver-on-the-sdgs/

The Chinese version of the blogpost can be found here (中文版本的链接)

Posted by NGOs in China at 1:45 AM No comments:

Pathways to Financial Sustainability for NGOs

Social Innovations Advisory (SIA) is pleased to announce the release of its report, Building the Roadmap for Financial Sustainability for Rights-based CSOs in the Global South. The report analyses case studies of CSOs in the Asia-Pacific region that are piloting a wide range of business and funding models. These cases are based on interviews conducted during the spring of 2019 with 22 CSO leaders about their experiences, achievements and challenges. Summaries of 16 of these cases in standardized templates are now available in the CSO Sustainability Database on the website of Innovation for Change (I4C). The report can also be found on the website of Rights CoLab, of which SIA's director, Shawn Shieh, is a Contributor. 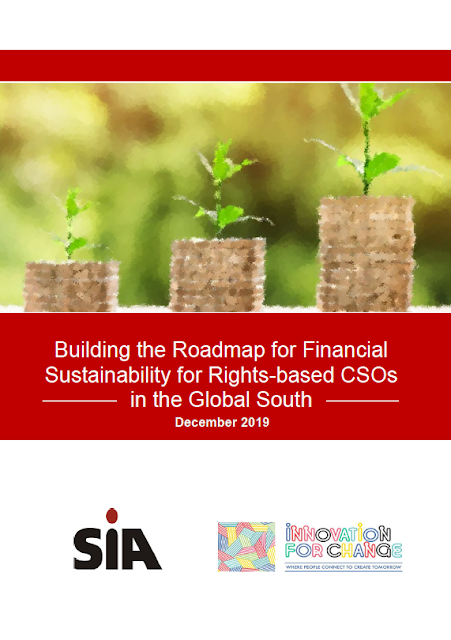 The findings of this research project have also been shared in the following platforms:

·      Shawn Shieh’s OpenGlobalRights article on how Chinese CSOs are at the forefront of exploring hybrid business and funding models thanks to China having perhaps the most diverse funding ecosystem in Asia.

SIA plans to use these findings to highlight the critical importance of financial sustainability and local funding to both funders and CSOs in the coming years. We will be developing toolkits and providing trainings and coaching to mentor CSOs on exploring alternative business and funding models.